“Scotland is a bountiful country of amazing and breathtaking scenery. From the flat sands of its coast, to the drama of its highest peaks, each and every destination appears completely transformed with the changing seasons and light.

Although each mountain and glen has its own ancient mystery, the Lochs, Rivers and coastline have their own special characteristics which have been my inspiration for this show of work.

Reflections of Scotland is the artist’s fourth solo show with
Eduardo Alessandro Studios. 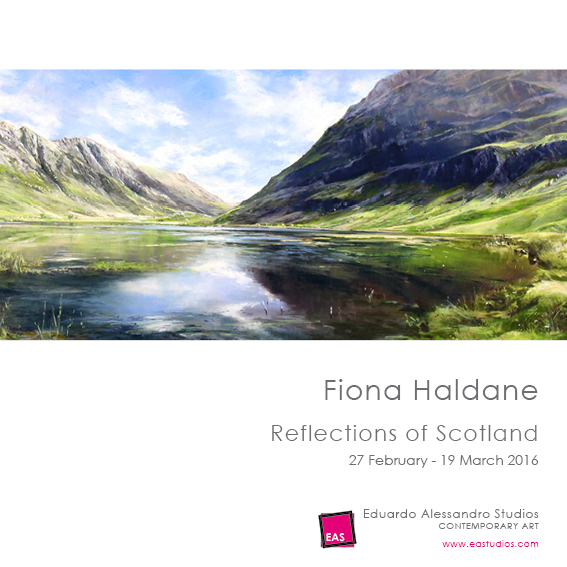 Fiona Haldane is now recognised as one of the leading pastel landscape artists in Scotland. Born in Dundee, she attended Duncan of Jordanstone College of Art, between 1975-79 and has exhibited professionally since 1996.

She has become widely renowned for her characteristic and richly toned portrayals of the dramatic mountain landscapes of the Scottish Highlands, and evocative studies of the ever changing skies and shorelines around her home near the River Tay Estuary.

Fiona has exhibited with several prominent galleries, and her work is now enthusiastically collected throughout Scotland, and can also be found in private collections throughout the UK and abroad. 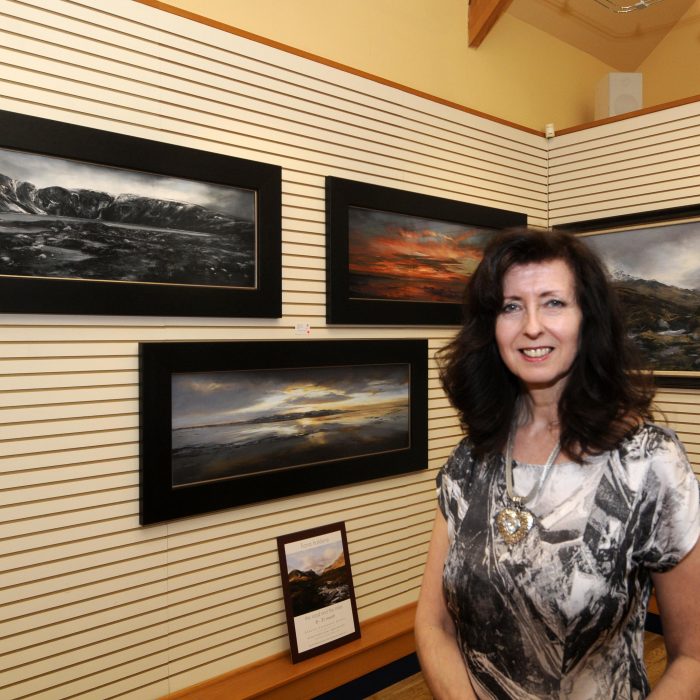