“Love Letter to Tayside is a collection of new works and my first solo exhibition. Having lived in Dundee for over 10 years, I recently relocated to Dumfries & Galloway and this collection is centred on all the paintings I had intended to do but didn’t quite get the time to do before moving. The works are inspired by walks along Tentsmuir, exploring the Angus Glens and the spectacular sunsets over the Tay Estuary. I hope you enjoy viewing them as much as I did painting them.” 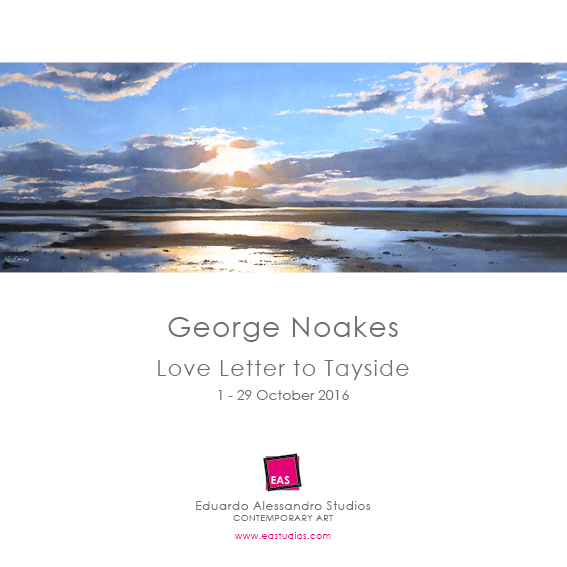 George Noakes is a self-taught artist who started painting at a young age. During his childhood he would often spend sunny afternoon’s watercolour painting with his grandfather in the Warwickshire countryside.

Born and brought up in the West Midlands, George moved to Scotland to study pharmacology at the University of Dundee. Since moving to Dundee, the light of the Scottish east coast and the landscape of the Angus Glens have been the predominant inspiration behind George’s work. George works primarily in oils and achieves remarkable depth of colour and richness in his paintings.

George’s other artistic credits include the illustration for a primary school reading scheme, and numerous private commissions. He has shown with Eduardo Alessandro Studios since 2014. 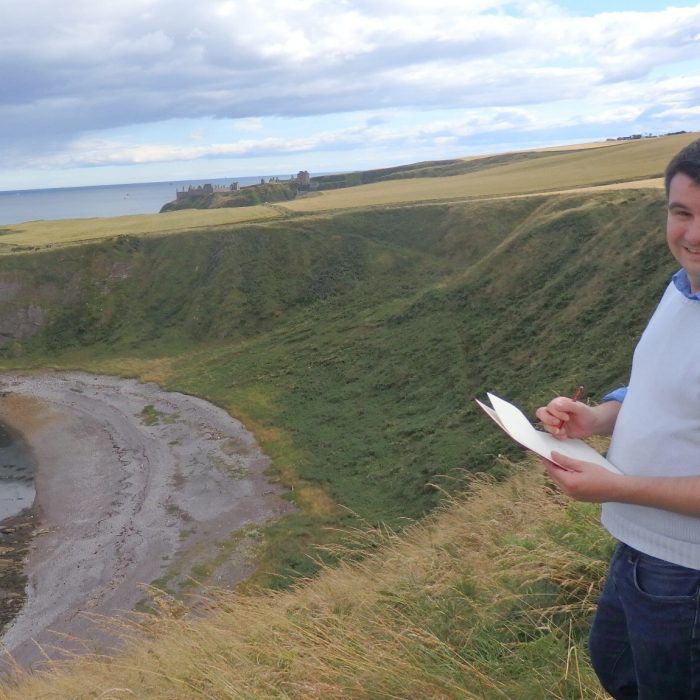