Ian Mastin ‘On Close Inspection’ May 2017 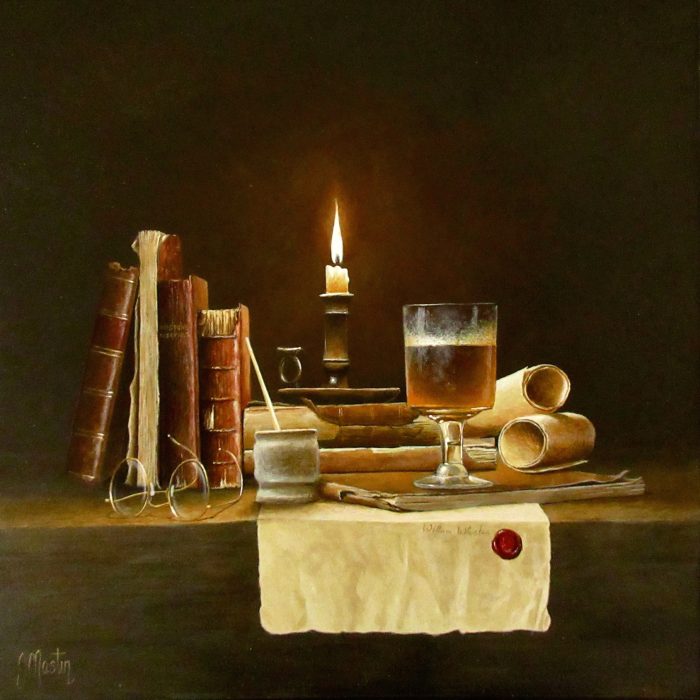 Ian was born in Leicestershire in 1949. His family emigrated to Australia and he grew up in Queensland. It was only in the mid 1980’s that he began to sketch for recreation, and unearthed a natural gift and eye for detail
which led him to exhibit his work in a Brisbane gallery where he quickly experienced success. Ian’s work has since built an enthusiastic following in the United Kingdom and Australia, and can now be found in private collections worldwide.

Ian gains inspiration from many sources, primarily Vermeer and the Flemish and Dutch schools.
He remains resolutely outwith popular trends, stating, “if crafted well, the simplest forms of subject matter have the potential to arrest and delight.
I try to engender a sense of appreciation by reflecting upon old, used everyday objects which have no in value except for the fond memories they may evoke”. 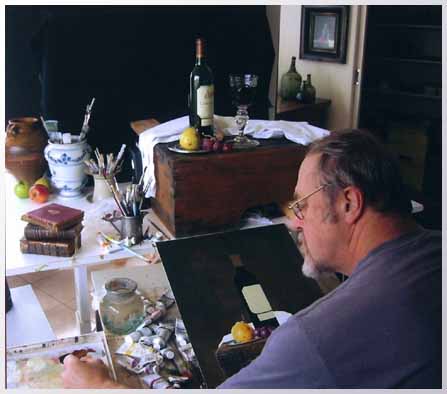