I am fortunate to have known Lil Neilson and to have enjoyed many memorable trips to Catterline to visit her. Viewing Lil’s work was invariably followed by coffee and a good chat in front of the fire. Lil was a deep thinker with strong opinion on worldly topics which impressed my then young mind. I am very pleased to have had the opportunity to exhibit her distinctive and personal work then and now.

Twenty years on from her all too early passing, it seems an appropriate time to look back at Lil’s work through this intimate collection of works being offered from the collections of her friends Rosie and Neil Hooper, and Ann Steed. I am indebted to them for their assistance with this exhibition. 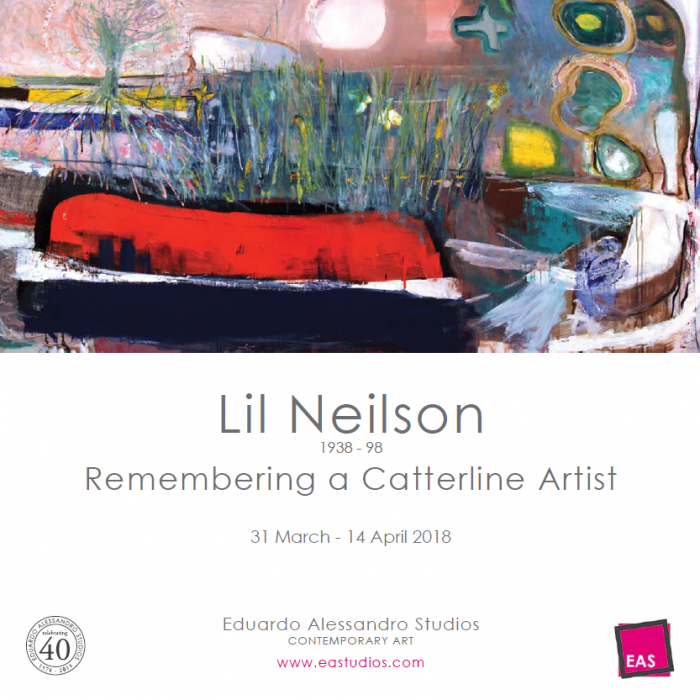 Born in 1938, Lil’s family moved from their home town of Kirkcaldy to Kinross where she spent most of her youth. In 1956 she enrolled at Duncan of Jordanstone College of Art in Dundee largely on impulse and rather than a previous intention to join the army.

Art School encouraged and focused, and Lil’s tutors included Alberto Morrocco RSA(1917-98), who had a high regard for her work and enthusiasm. Upon graduation Lil was awarded a post diploma scholarship taking her to Italy and France, and the year prior in 1960 she gained a place at Hospitalfield Summer School in Arbroath, where she met visiting tutor Joan Eardley whose work would leave a lasting impression.

Eardley, who split her base between Glasgow and Catterline by Stonehaven, recognised Lil’s talent and introduced her to the small Kincardineshire coastal village that would later become Lil’s home and the source of much of her artistic inspiration.

Lil’s relationship with Catterline was initially direct resulting in a prolonged period of literal explorations of the surrounding landscape (‘the grey paintings’), which shows much of the Eardley influence and it is easy to believe that she only found her true voice through the colourful abstraction and symbolism so freely expressed in her final years.

Yet throughout her life, Lil Neilson’s paintings demonstrate an underlying narrative fuelled by the wonders and frustrations of life in a world clearly influenced by, but far larger than Catterline. Lil died in 1998 shortly before her 60th birthday. 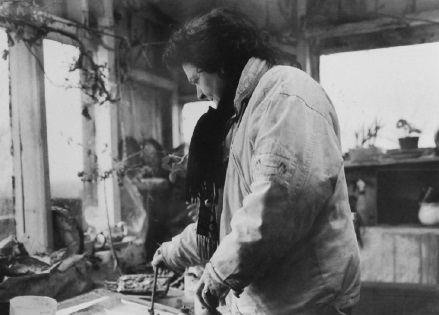