Penelope Anstice – Views of The Tay & Beyond

EAS is delighted to host this exhibition of original works by Scottish artist Penelope Anstice.

Penelope’s has exhibited through the UK and Internationally and her work will be on display with us until 3rd July. 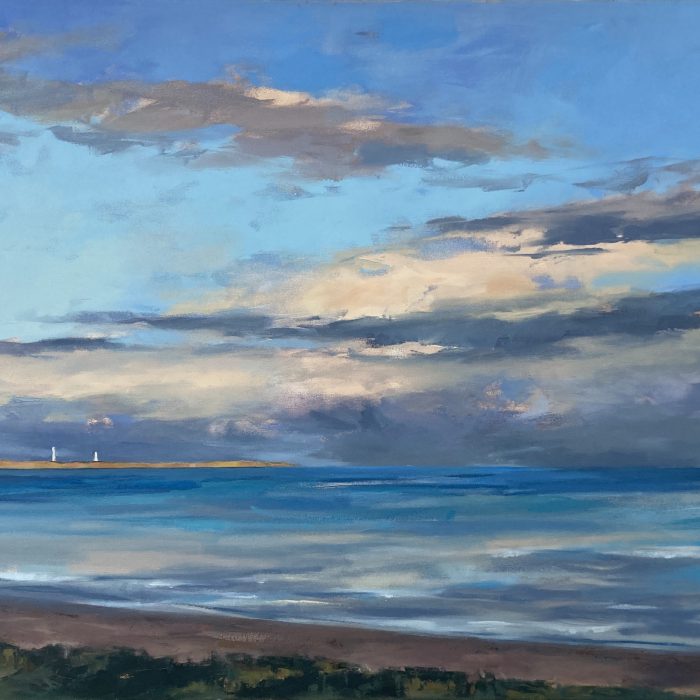 ABOUT THE ARTIST
Penelope Anstice

A graduate of Edinburgh College of Art, much of Penelope’s early work was inspired by the colours and energy of Morocco and India. After a decade in London, she returned to her native Scotland and her original love of landscape. She works from a studio in Dundee and teaches at the Heatherley School of Fine Art in London and for private groups in the UK and in France, Italy, and Spain.
Penelope prefers to work outdoors with quick studies in gouache or oil which she then works up into larger oils back in the studio. Her work is mainly inspired by landscape, particularly the coastal areas of Scotland but she still returns to Morocco and Southeast Asia on a regular basis.

‘I am interested in the fleeting quality of light and its effects on land and sea. I start with reference to a particular place but often I rely on instinct and the painting moves off in another direction, always remaining within the realms of realism but becoming more about an evocation of place than a faithful replica. I favour oil as a medium because of its marvellous blending qualities, well suited to conveying the myriad tonal shifts in sky and sea’.