I vividly remember the newspaper feature which introduced me to the paintings of Jean Feeney. It was 2003 and my attention was taken by an article in The Courier which highlighted this Perthshire based artist whose striking contemporary portrayals of the Scottish west coast were starting to make an impact with collectors impressed by her enthusiastic approach to our county’s landscape and palette. The supporting illustrations confirmed to me that Jean was a painter with a confidence and direction which allowed her to contribute meaningfully to the Scottish colourist tradition. In the 13 years since, Jean has become one of this gallery’s most popular exhibitors, and equally with many well known galleries elsewhere. Her exuberant use of paint imbues her works with an energy and joie de vivre which is hugely seductive to the many that follow her career.

I am very pleased to continue this gallery’s association with an artist to whom I can count myself as friend and fan.

Born in York of Scottish and Welsh parents, Jean moved to Scotland in 1990 and lives in rural Perthshire. Influenced by her first visit to Ardnamurchan in 1990, Jean’s work still centres primarily on the landscapes and colour of the west coast.

Known for her exuberant broad-brush technique and vibrant palette, Jean balances a keen eye for detail with sculptural application. She finds constant inspiration from remote and rugged landscapes, harbours and coastal areas, and lists her influences as the Scottish Colourists, the German Expressionists and Van Gogh.

Jean has exhibited successfully with galleries throughout the U.K. since 1995, and her work is now widely collected both at home and abroad. She has previously staged a successful solo exhibition with Eduardo Alessandro Studios and has participated in many of our group shows over a 13 year association. 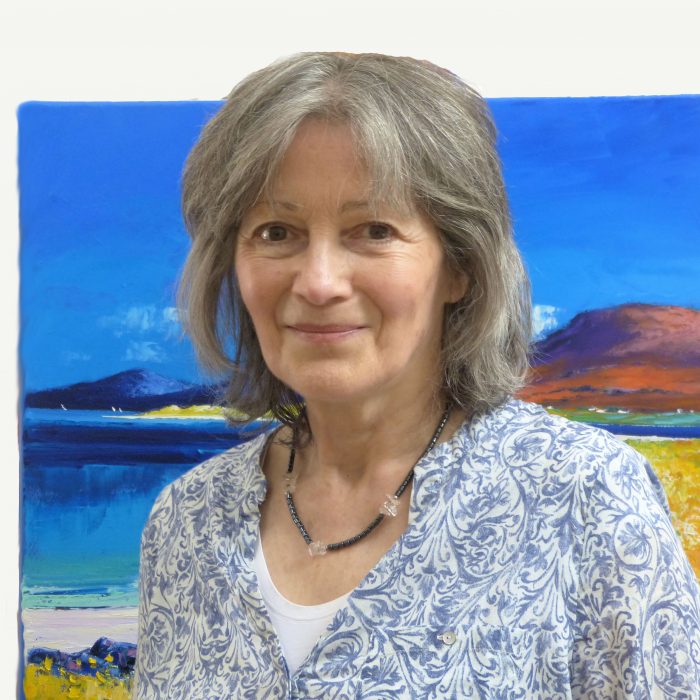